In Credit-Card Debt Up to My Ears: The Public Shaming Post

Credit-card debt is scary. They* say that the first step in handling your debt is to identify it. All of it!

I’m doing so via this post. As the debt decreases – I’ll update things here. I’m also tracking my credit-card debt in the sidebar because I’m long past the point where I need to get serious about it.

Which means I go public!

The first focus is on my smallest credit-card, my Amazon Prime Card. I’ll eventually work my way down with the current plan to conquer each amount. Snowballing (adding the previous amount to the debt’s minimum payment) as I work through the list. You can see how the debts will be treated in the infographic below.

Limiting my Amazon purchases is the first step I’m taking to pay off this card. My next step is to stop using the card and making those purchases on bank card #1 instead (I’m in the middle of a bank switch). Payments will be $190 twice a month (self-imposed) until the debt is paid off in November 2019.

This card was my first credit card and helped me pay for a new transmission. That said, now it goes unused and is now just being paid off. Payments are $80 until Amazon is paid off, at that point the payments will be $270 twice a month until the debt is paid off hopefully by January 2020.

There’s a reason I’m including this one in the breakdown – as it’s a debt, but I’d like to pay it off earlier than intended just to prove to myself that I can. Will I finance a new car afterward? I doubt it because I barely drive the one I have!

The current minimum payment is $482.68. I added extra to bring it up to around $500 a month that I am now sick of paying. I’m going to bump the payment up to $570 to attack my monthly interest until it’s ready to have the snowball thrown at it. With the snowball in effect, the payment will be $840 until that load is paid off by September 2020.

My third oldest credit card that was approved just as my car’s second transmission died (it was used – but had a weird quirk nobody was ready for) and I needed the cash to pay for a new transmission fast. Capital One pulled through for me when my own bank wouldn’t. The minimum payment on this one is hefty at $265, but once the other debts are paid in full, the payment will skyrocket to $1,105 to effectively erase this one by January 2021. It helps that I rarely use this card. So far, it’s primary use has been for business reasons – and it will continue to be used on a smaller scale for business reasons that I can pay off the next week.

My second oldest credit card and once I conquer this one, I will close out my accounts with US Bank and transfer this card over to my new Credit Union account. The minimum payment on this one isn’t as heavy as my Capital One Journey’s payment, but it’s still $232. Once the snowball has been hurled at it, it will be $1,337 until May 2021 when I have it paid in full.

The two below loans are special to me because of how fast I was able to acquire them and everything they’ve allowed me to do with my life. I’m super grateful to Sofi for not giving me the run around most financial companies do. They even overlooked my most popular reason for high-interest rates:

“Your money moves too fast.”

Yes, that was an actual rejection reason.

I’m almost two-thirds of the way paid off with my first SoFi loan. It’s currently set for auto-payment at $435.32. The final payment will be in June 2021 with $1,209.5. There will be no need for an actual snowball plan for this one since it’s so far down the line!

This loan got me to Seattle. I don’t regret this move either as it was a great boost to raise my credit limit, criteria I didn’t know I would need until I was elbow-deep into looking for an apartment here in Washington. Also set up for auto-pay, the payment is currently $377.52 each month. The snowball payment will be $2,149.95 when it’s all said and done. I’m hoping to have it paid off by December 2021.

Now, Natasha, you ask, where is this income coming from?! Well, I’m paid pretty handsomely by Day Job, and two paychecks a month ring in at $5,180.12 gross. Insurance and stock are taken out before I even see it, so it’s one less thing I actively worry about as long as I’m employed by a corporation.

My current outgoing income is a little scarier than I’d like, but that’s why I’m creating this post! I’m looking at $3,884.45 in Debt alone, and I’m hoping that in 6 months, that number moves a little!

All in all, my financial health doesn’t suck. I can still pay for food, insurance, gas, and have some semblance of a social life that will be curtailed in about 8 months due to a new project I’m getting ready to launch. I also plan to increase my income with freelance projects and side items that I know are pretty lucrative.

To wrap this all up, I’m using Dave Ramsey’s Debt Snowball to conquer my own credit-card debt and take control of my finances. If I play my cards right, I will be debt-free by the end of 2021 and I’m super excited about it! I’ll update this post when I hit my debt milestones and I encourage you to leave your own debt-control plans in the comments below. Let’s celebrate together! 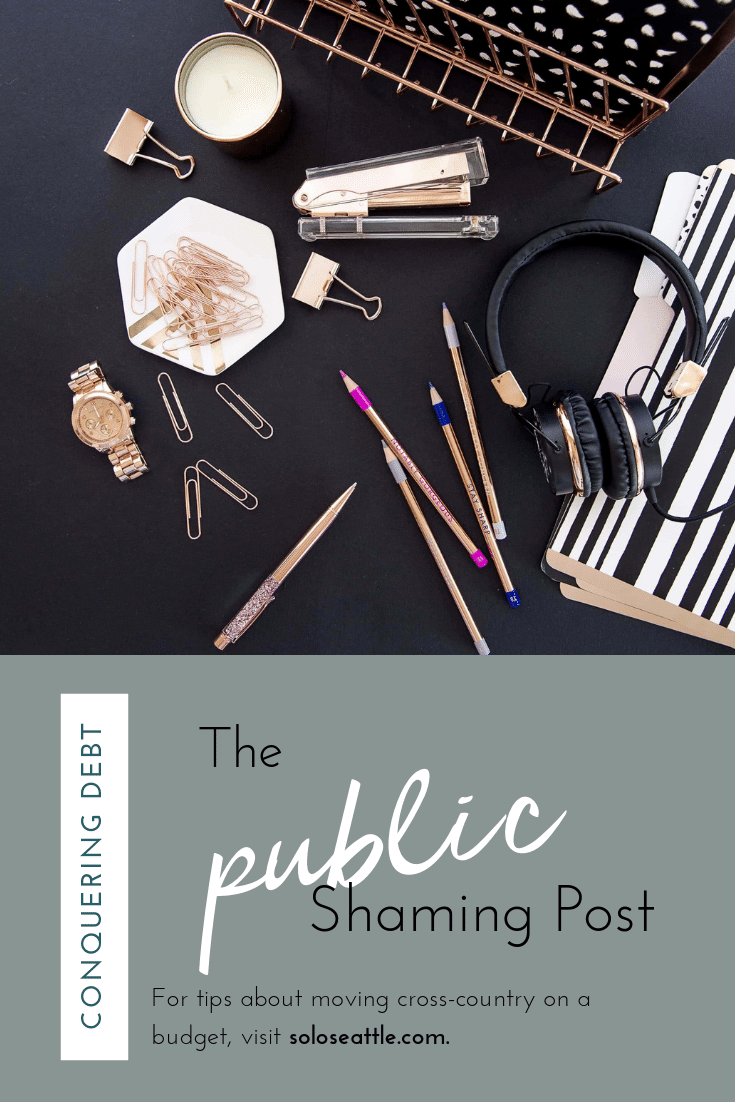