The Art of Perfection

Perfection is Impossible – but I can get damn close to it

Every studio needs storage. Mine happens to have 10 ft worth of closet, a small coat closet, and a lot of cabinet space in my kitchen. But since I can’t shove clothes into a space that I’m currently using for cookware and food storage, and I needed another horizontal surface that was counter-height, a dresser was where I went.

And since my funds were running a touch lower at the time, I opted for the star of our humble tale:

Sometimes, you get lucky because this dresser is 6 drawers of pure, thirsty pine that you can paint, stain, or hack at your own leisure. I found a pin I had liked on ye olde Pinterest, and decided to paint mine white, stain the bottom part, and add different handles than the cute but not my style ones the dresser already had.

Which meant I got to use my drill to make new holes for the handles I purchased in the IKEA kitchen section.

I spraypainted my dresser in my kitchen. Half of it was in a huge chair box in my hopes to contain the overspray – but oh god, I failed, so hard. I did paint the dresser before I assembled it, mindful of where grooves and holes were. Spray paint was light enough to not fill said holes but would give me the coverage I wanted without brush strokes if I was okay with the occasional rough patch.

I am also not a professional painter.

I stained the bottom with a stain called Gunstock that I picked up at the local hardware store and since the bottom part of the dresser wasn’t going to see a lot of daily friction, I skipped the sealant. And it was fine, for the first oh, six months.

Not Quite There Yet

But I wasn’t quite happy with it. Mainly because I could see every imperfection I had left behind with lazy sanding and even lazier spraying. The top wasn’t quite even, the lamps I used left felt behind because I hadn’t let the paint cure enough, you know this song probably as well as I do.

It didn’t make me happy.

Marble, on the other hand, makes me very happy, and I had a roll of Marble contact paper leftover from my Helmer project, which surely would be enough to cover the entire top of the dresser. I’d worry about the sides after I covered up my sins. Which should have been fine. I used a straight edge to push out my air bubbles, was careful to go super slow to make sure I had limited bubbles, to begin with, and it was glamorous, but well, not quite the bang I wanted.

For Christmas 2016, my brother asked me what I wanted as a gift. Knowing that he could get power tools at a discount, and I was in the market to purchase a home, I asked him for an orbital sander.

Which then sat in a box for the next two years. This comes in handy later.

So here I was with a dresser lined with contact paper and since I’m from Cincinnati, my mind doesn’t think “oh wow, this is pretty.” I go straight to “cockroaches feed on contact paper glue” even though German Cockroaches are not a thing here in Seattle, WA.

Which meant the contact paper had to come off. The dresser was starting to upset me, but the final straw was being told to stay home after a friend’s event because I was in rough shape after several events and unlike my friend who got a day or two off where she could hide at home, I had to go right back to work.

No recovery for me means my temper flakes off in small bits and pieces and my light zingers meant to be couched in sarcasm, come off mean-spirited and I tend to aim for ankles when I’m not in a good mood.

Or to quote friends who saw me, I just looked depressed. Smiles weren’t bright. My tired “I’m fine’s” were complete lies and not even convincing ones.

But I was still upset because Anxiety told me I fucked up a valuable friendship, even if that friend was telling me “I don’t get a chance to do it often, but I’m taking care of you” and “we’re fine, but you need a break” and I believed her.

My nerves did not. I told her exactly that too.

So they took it out on my dresser and frankly, helped me avoid that friend for a week under the reason of “Project time, must not lose momentum or it stops entirely”. A trip to the hardware store provided a paint stripper (useless), masking film (not useless), wood conditioner (required), chip brushes (required), and Polyurethane (definitely required). 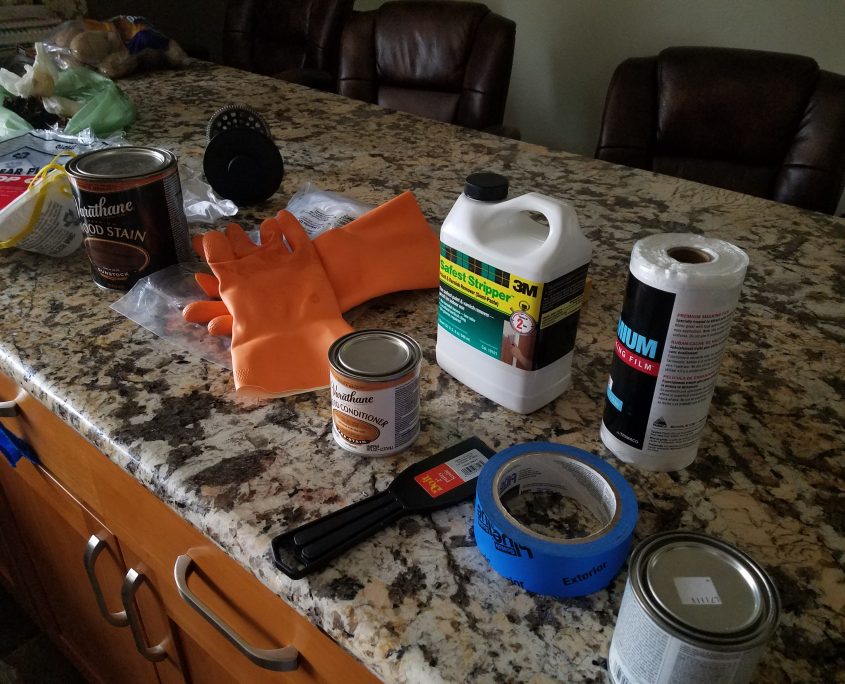 I started with a “safe” paint remover, but when it didn’t work fast enough, I brought out my big gun.

The sander, which yes, I used in my kitchen, and no, my neighbors honestly thought I was just vacuuming for hours at a time. My landlord didn’t even believe the noise was in his building. (I can hear some of you laughing, I was when I told him that yes, that noise was definitely coming from your building.) 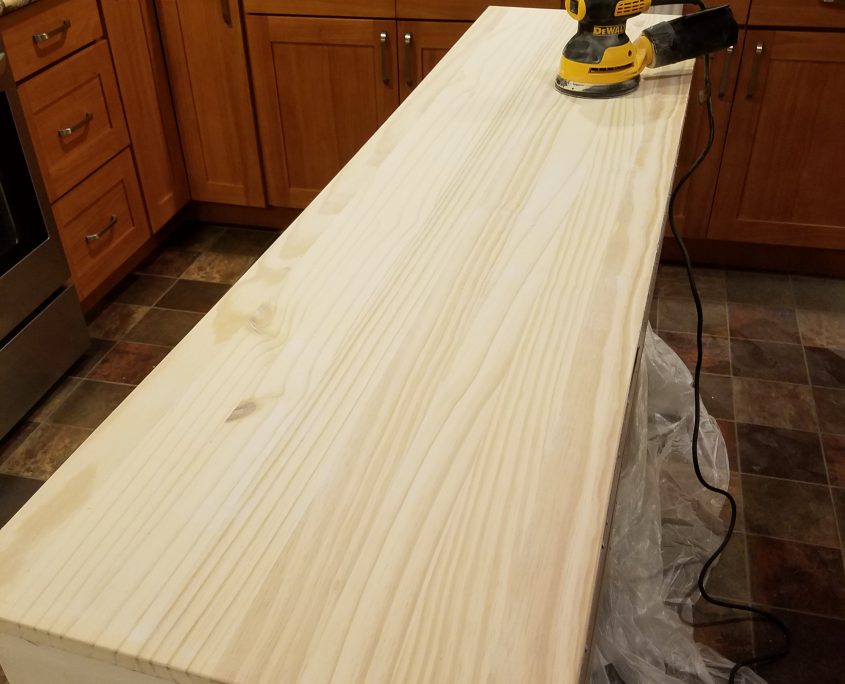 Worked like a charm. Then went down a layer of wood conditioner as Pine pines for paint and stain. Seven layers of the same stain I used on the bottom of the dresser and a layer of polyurethane to make things nice and shiny, and a good day for it to cure and I had a bone fide dresser that I was happy with it. 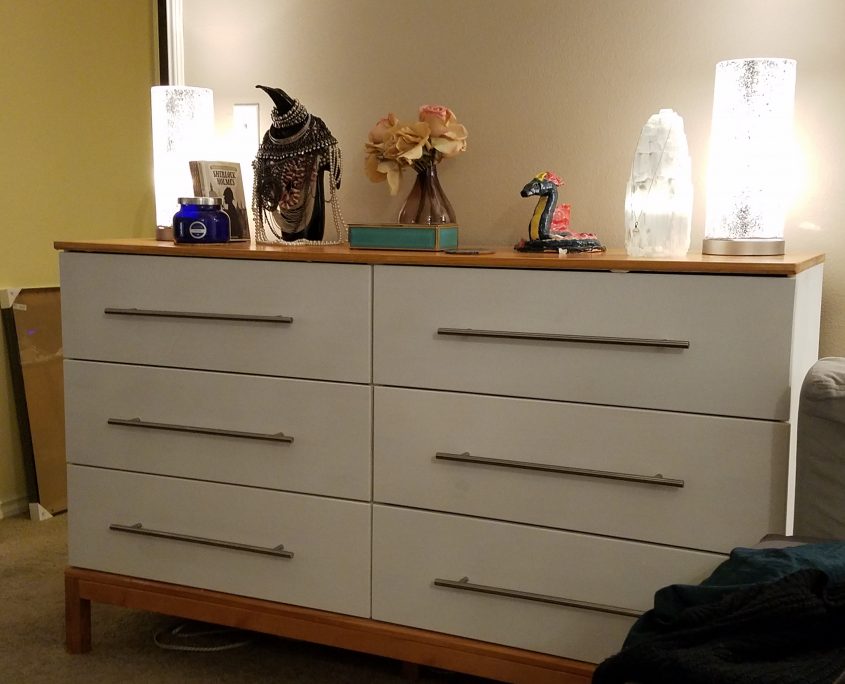 But it’s damn near close.

So sound off in the comments if you had a project that just wasn’t done until it was “DONE” months later. I’d love to hear about it. 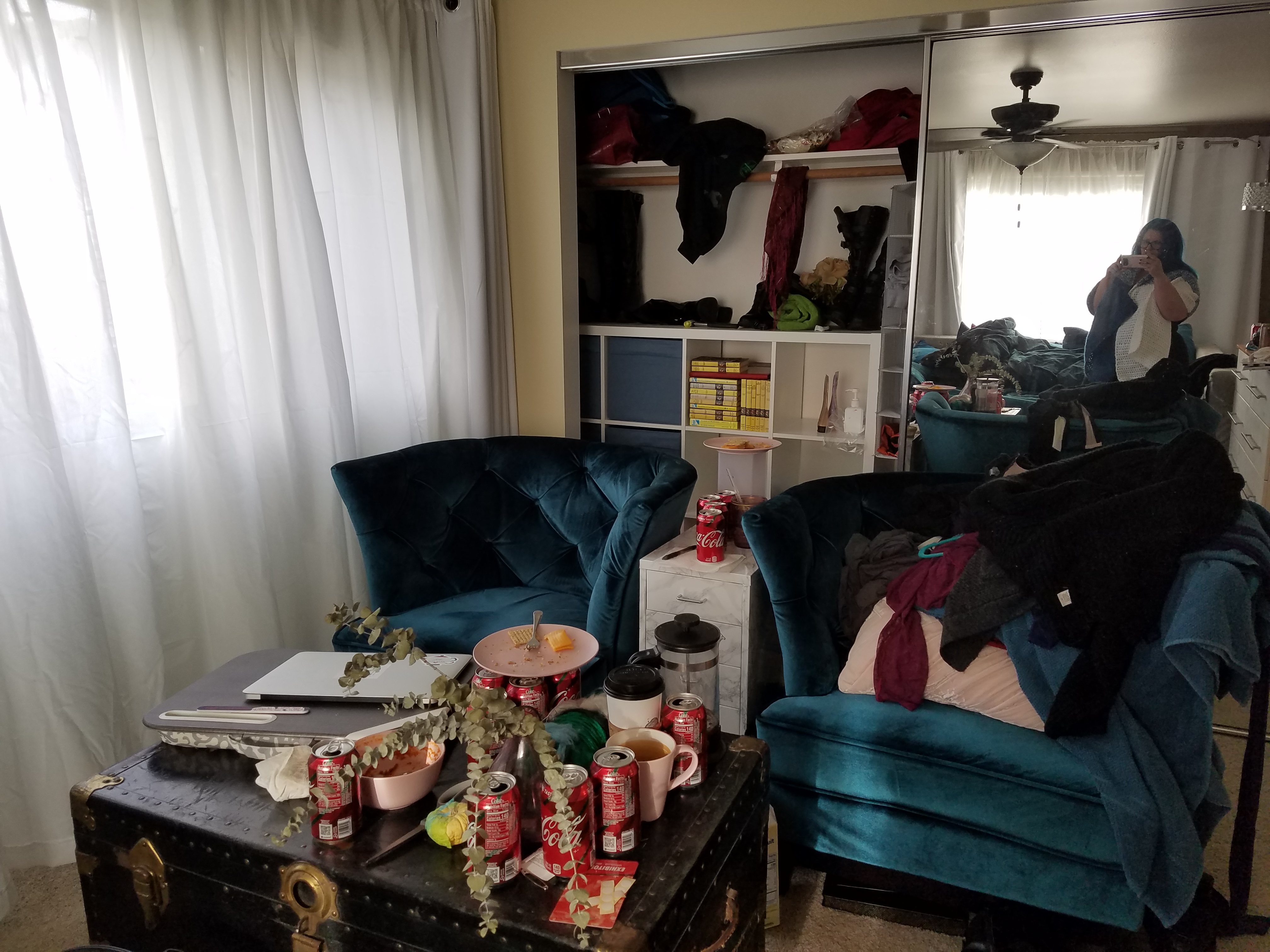 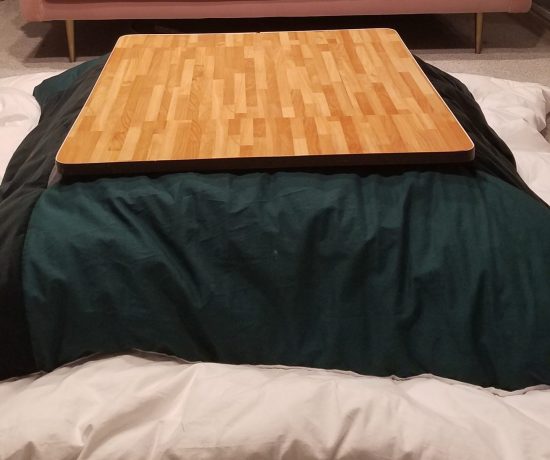 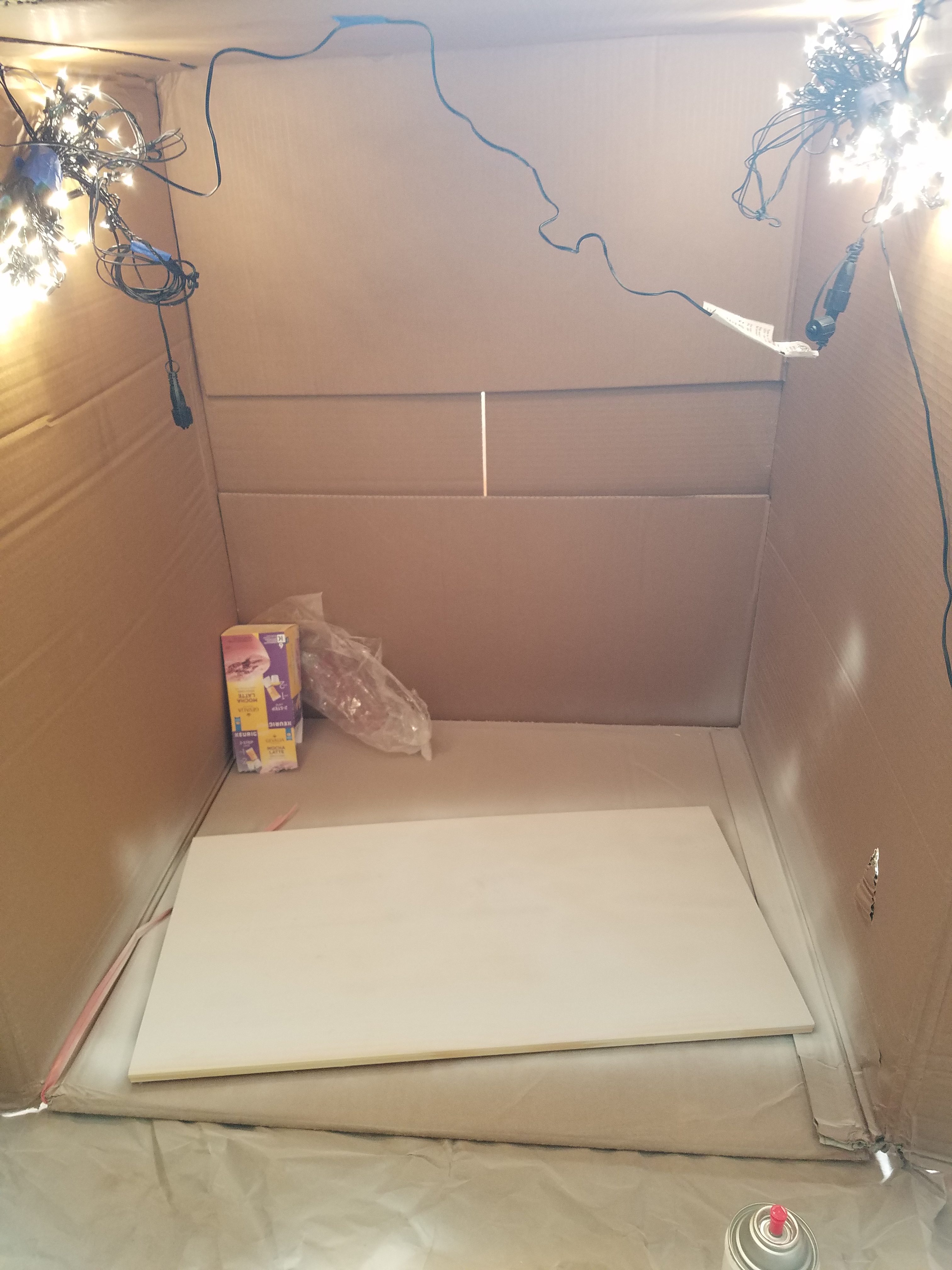